By: Anna White – The Daily Telegraph

High end house prices fall and £5m sales collapse as wealthy, overseas buyers opt to rent in the UK capital
The lights are on in One Hyde Park, as a lone resident settles into her palatial pad for the night.
The female tenant, in her mid-20s, moved to London from China six months ago and paid five years rent upfront for the Knightsbridge apartment which costs £15,000 a week.

But she’s not alone. London’s luxury lettings market is booming thanks to a sudden influx of overseas renters into the capital.

This surge in renting homes priced over £4,000 a week, comes as the high end sales market stagnates in the run up to the general election. The threat of a Labour mansion tax on properties worth more than £2m has cast a shadow over central London, stalling sales as vendors wait until after May to get a better price. Meanwhile, buyers are deterred by over-priced property and the new, progressive stamp duty system, which becomes punitive after the £1.5m mark, is already having a marked effect on the top end of the market.

The number of transactions around the £2m price point fell 12pc from October 2013 to October 2014, according to recent Land Registry data, and the value of homes around the £4m mark, deemed to be the threshold for luxury, fell by 4.2pc in the last quarter of 2014, research from the property group Savills reveals.

“There has been a pronounced slowdown in sales,” said Mark Tunstall, managing director of the luxury lettings agency, Tunstall. “Mansion tax is making people jittery and driving a busier rental market. As the election starts to loom closer people are thinking let’s rent and see what happens,”

The high end estate agent Douglas & Gordon has reported a 122pc surge in people looking to rent in central London from December to January, while private buying agent, Henry Pryor said families in areas such as Maida Vale and Hampstead are moving out to their country residence and renting out their London home.

“A relative shortage of available homes to let, coupled with sluggish sales market, means that I am now boldly asking those who are selling whether they would consider letting. To date around 30pc are prepared to do so,” he said.

The vast majority of his rental clients are from overseas, said Mr Tunstall, with emerging wealth from around the world changing the pattern of nationalities letting across London. Over the past 12 months the numbers of rich renters from Russia, Kazakhstan and the Ukraine have dwindled.

“The collapse of the rouble and falling oil prices has made them feel a bit poorer,” said Mr Tunstall, “and it is becoming increasingly difficult to get their money out.”

John Collier-Wright, the former head of the Middle East practice for HSBC and then Barclays, said: “Politically, Russians are being encouraged to spend less outside the country. There’s a siege mentality.” Russians were one of the dominant nationalities at the top end of the rentals market but the void has been more than filled by a new wave of renters from mainland China. Historically, there has been a strong Chinese presence in the West End with around 10pc of all buyers and tenants from the Far Eastern country, paying around £1,500 to £3,000 a week. However, a new, wealthier renter is now breaking out of the traditional Chinese stomping ground.

“There is a pipeline of luxurious multi-unit new build apartment schemes coming on to the Mayfair market, over 440 homes over the next few years, which will appeal strongly to Chinese buyers and renters,” said Peter Wetherell, managing director of Wetherell Estates. 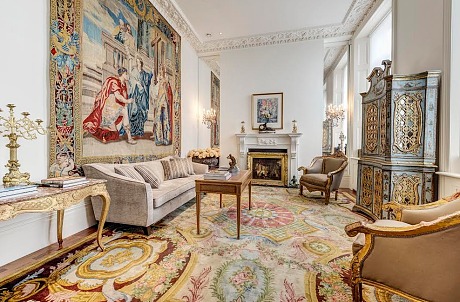 There are other factors behind the luxury London lettings boom. Many prospective buyers now prefer to try out an area of the capital before they make a purchase. Rents charged in the affluent central London boroughs rose by 3.4pc in 2014, the strongest period in the past three years, with rents having now returned to the historic peak set in 2008 before the collapse of Lehman Brothers. Stronger demand has been seen for homes priced between £10,000 and £15,000 a week, according to agents. Mr Tunstall has also seen a marked rise in the number of wealthy Brazilians moving to London. He has been looking for rental accommodation for four different Brazilian families over the last month, out of the 20 clients he looks after at any one time.

“Brazilians had bought in New York or Miami, but given political instability in their own country, they now see London as the global safe haven,” said Mr Tunstall. “They are looking for good schools and are less location obsessed than the Russians, who are status orientated and want to live in Knightsbridge, Belgravia or Mayfair. Brazilians are more likely to look for a house with a garden than a super shiny apartment.” 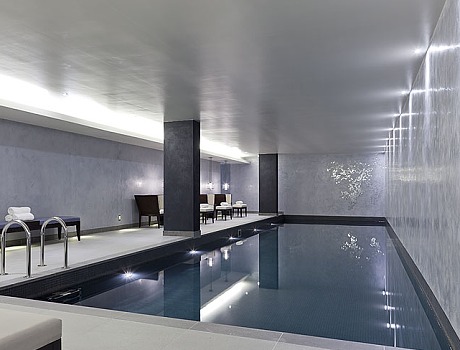 But it’s not just the expensive rental market that is on the brink of a boom era. If the deregulation Bill for renting out your own home is passed, younger property owners, with homes in the £1.5m to £2m bracket, may start to rent out their spare rooms or consider short-term lets when working abroad. Current laws prohibit home owners in London from renting out their homes, or rooms within their homes, on a short-term (three months or less) basis to visitors, but the Bill, in its final review in the House of Lords, would increase much-needed supply of rental accommodation, according to Mayfair lettings and property management firm, E J Harris.

A homeowner renting out their two bedroom apartment in the affluent boroughs of central London could earn anything from £2,000 per month up to over £5,000 per month. At the very top end of the luxury housing market in locations such as Knightsbridge or Mayfair the owner of a penthouse could earn themselves £10,000 per week, or up to £120,000 over a three month period, new analysis from E J Harris found. A householder charging for an en-suite bedroom in Knightsbridge could pocket up to £6,600 a week.

“Despite the huge sums of money that a wealthy owner in Knightsbridge or Mayfair could earn from a very short-term apartment let or room share, I think it is unlikely that anyone at this end of the market will choose to enter the short let or room share marketplace. For an oil sheikh an extra £120,000 is pocket-change,” said Elizabeth Harris, managing director of E J Harris. “But I do forecast that there is strong potential market from young professionals aged in their late 20s to 30s who own their first apartment and don’t mind sharing or undertaking a short let whilst they are away on holiday.”

This may tempt those on the cusp of selling to hold on to their property for longer. 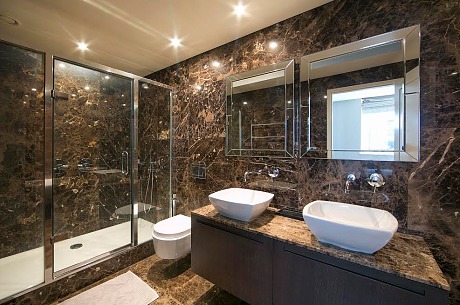 Rich renters committing to longer tenancies is eradicating the stigma attached to the lettings sector as families choose to rent for longer periods, having a stabilising influence on the surrounding community.

“In London 25pc of private rented homes have children living in them, which has upped massively from 2001 levels, which shows the changing profile of renters over time,” said Neal Hudson, an analyst at Savills.

The shift from buying to renting is also more lucrative for the Government as the tax haul is greater.

“Landlords pay income tax on the non-interest deductable element of rent charges as well as capital gains tax and stamp duty, and HMRC has become a lot stricter at enforcing this,” he said.

While French renters, chased out of the country when President François Hollande came to power in 2013 and targeted the wealthy, naturally migrated to South Kensington, near to the French speaking school, other overseas renters are spreading their wings. Middle Eastern investors are investing in buy-to-let property as far out as zone 5. Mr Collier-Wright, who now runs JR Capital, investing Gulf wealth into London, said there has been a “massive shift” of Middle Eastern investors buying properties in Knightsbridge or Chelsea as a buy-to-let, or house their children while they study, to snapping up rental property in the likes of Aldgate, Brentford and Hammersmith.

“They also understand the importance of Crossrail in connecting London at high speeds and transporting renters from the peripheries of the city into the centre. Zones 4 and 5 are no longer the wilderness,” he said, as these savvy buyers search for value for money in an over-priced London.

Susan Cohen, head of sales and lettings at Pastor Real Estate, confirmed the short-term nature of the spurt in rental demand.

“A strong rental market, that may momentarily out-strip sales, is something that will be a key characteristic of the 2015 property market, certainly for the first half of the year, prior to the election,” she said.

But there’s nothing temporary about London’s luxury lettings boom, which has triggered a wave of development of complexes built specifically to be rented out. As new nationalities, more accustomed to renting than the British, arrive in their droves, “try before they buy” looks like being a long-term feature of the capital’s property market.

To see the details in The Telegraph click here